I used to write a lot of travel related blog posts and miss being able to do that. I also haven’t been travelling as much since COVID obviously. That said, I finally made it to the UK this month and there are a whole bunch of things I wish I had known prior to arrival. I had some hilarious mis steps and WTF moments that I thought would be fun to share and hopefully helpful to others who are planning their first trip!

#1 First off – Money! This is a no brainer for anyone who does a lot of international travel but I actually didn’t know that most local banks in America can order money from anywhere in the world and exchange it free of charge.  You have to give them 3-4 weeks notice but you’ll save the premium fees that an international exchange will charge you, and you’ll get the current exchange rate.  Good to know, right?

#2 Tipping! Tipping is confusing as hell because in the UK they don’t do it, it’s just already added into the bill.  Americans tip 20% on a good day but in the UK they’ll look at you like you have six heads.  They understand “keep the change” but conventional tipping, not a thing.  You won’t get full service either in restaurants but the norm seemed to be to go to the bar if you need something 😅

#3: Hygiene – WHERE ARE THE WASHCLOTHS! Oh, my goodness. This might just be local to England but no one knew what a washcloth was.  I got into the shower at the hotel and looked around, absolutely horrified to realize that there were no washcloths. I thought I was missing something and had to step dripping out of the shower to ask my friend where the washcloths were 😂🤣 I’m dying at this point and come to find, it’s not a thing in that country.  So for everything that’s holy, pack a loofa or washcloth or exfoliating soap, or whatever you use at home.

#4 Toilets – the UK toilets are weird.  They’re super deep and don’t have much water in them but don’t be worried, they do work fairly well.  They were pretty filthy in the train stations though so I would literally try to go anywhere else.

#5 – Electronics – OK listen up because this one is important – I would have been well and truly fucked if my phone USB didn’t plug into my friend’s charger.  You’re going to need a converter for your device plug ins to fit into UK outlets.

#6 ladies – the UK is trying to conserve plastic by not using trash can liners in a lot of places.  They do have them available at hotel desks or from cleaning services though so, you know, if you want a few just ask.  Don’t be horrified if you need a can liner.

#7) Slang: slang is a beast of its own but I’ll say two that confused the hell out me.  First: when someone says the time, if they say “half eight’, that means 8:30, not 4:00.  I got pretty confused for a minute there.  I also noticed my friend referring to legwear as “trousers” – Americans call these “pants”, or “jeans”, but in the UK apparently “pants” means UNDERWEAR so don’t tell someone they have nice pants 🤦‍♀️

#8) Transportation – the UK is apparently striking a lot and their train schedules get a little whack at times, and during the weekend.  Hotel concierges everywhere (not just UK/EU) are pros at booking taxis and helping with other means of public transport if you need, so definitely ask them for help.  Specifically for the UK they use an app called BOLT that is similar to Uber, and you can download it ahead of time. It seems pretty reliable but if you really NEED transportation at a certain time, obviously use a reputable taxi service.

#9) Coffee – oh my Lord don’t expect good coffee.  Americano was the closest I could find to normal American coffee, and it’s essentially instant coffee in water.  That said, they refer to it as espresso but it’s more or less instant coffee. You can get it with milk too.  They love to make lattes.  If you order “you know…plain regular coffee?” You get latte.  In some areas of Europe it’s all Sanka, so idk what would happen if you tell them Sanka, but that might be worth a try too because it’s along those lines.

That said though, I missed out on tea because I was trying to find good coffee so … Don’t pigeonhole yourself.

#10) alcohol– I noticed too that they have a totally different relationship with public alcohol than we do.  People can drink anywhere.  It’s totally normal to drink when eating out, even breakfast menus have their own drink specials and then it just  continues throughout the day.  Most people looked at me like I had six heads when I tried to show ID.  Here, we have to show it everywhere soooo it is what it is but I wouldn’t bother showing an ID unless asked.

#11) Let’s also talk about pedestrian right of way: oh, no we can’t because it doesn’t exist. Americans treat sidewalks and staircases like roadway traffic usually so there’s a flow that makes sense.  The UK does not, it’s a total free for all.  I had many collisions including an unfortunate coffee to the white jacket mishap 😳

I’ll also add that flights and layovers are their own total can of worms now.  I would recommend any international layover to be at LEAST two full hours long, as you’ll have to go back out through customs and security in most countries and you will be lucky to make a shorter layover than that.  I don’t care what the airline says, give yourself time during international layovers because most are as stressed and short staffed as America is.

So friends, was this helpful at all? Did I miss anything? What did you wish you knew when travelling? 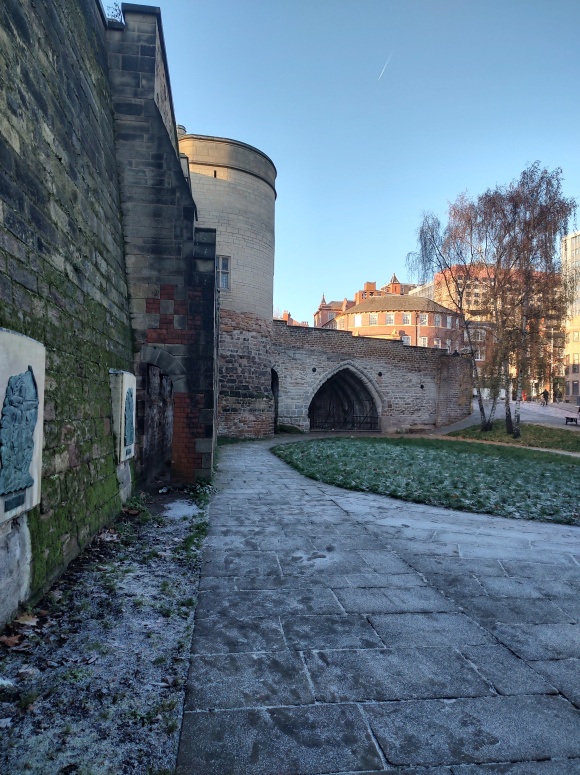 This post was quite funny to read! UK plugs are simply a nightmare, to be honest (sure, if you remember of them before packing it is not the biggest of the issue, but it is an hindrance all the same!), and as I am Italian I agree on the coffee too (but we just drink espresso and the general consensus is that you can’t find a drinkable one abroad… Not strictly true but it’s true enough for us). But some things are the same in the UK and in Italy (and in some other European countries too) like the alcohol, it’s the same in a lot of European state and even if, strictly speaking, you have to be 18 years old to buy alcohol here, you are almost never carded anywhere.

Ha I didn’t even know about the plugs, I wish I had googled something like “things I should know before going” 🤣. I always heard that Italian coffee is really good though too? It was fun for sure, can’t wait for round two in a few months 😅

I’ve been there so many times, I’m almost a resident! None of these things bother me at all. I have a slew of adapters for the UK plugs, I don’t use flannels/washcloths anyway, if you know WHERE to get coffee, it can be very good, my husband was British so I’m fine with the slang, and except for always looking the wrong way when I want to cross the street, pedestrian traffic is much like I have here!

True. But mine would be pretty glowing with rose coloured glasses (see what I did there, with the spelling)!

Heehee. This brought back memories of my time in the UK. I stayed with my then-boyfriend’s family, and I was so confused about washcloths. Finally they realized what I wanted. Apparently they called them “flannels?” I do miss it over there…One day, I’ll go back.

I’m glad I’m not the only one!! I was like well what do you wash yourself with and where do I get one 🤣 I’m going to be much more prepared in March lol. You’ll get back some day!

You’re going back in March?! I’m so jelly but happy for you! I’ll get back there one day…

March was the original plan, for a sci-fi convention! I already had that booked and then decided I didn’t want to wait until March to meet him, plus there was a huge Christmas festival being advertised and he was down for the plan so I went in December for a few days 😅 hopefully March will be a bit longer and I can see the less touristy side of things

I think I might add remembering that England, Scotland, and Wales are different countries and have many, many differences. And although the distances are tiny compared to the US, for example, we will be horrified at the idea you can ‘do’ London, Edinburgh, and the Highlands in one weekend.

Ha true fact. I asked my buddy about this considering that he’s from Wales, and he said to think of them like three separate states in one country – governed quasi independently but overseen by one big UK government

Having heard multiple Americans criticise UK toilets, I am curious yet confused as to what US toilets are like. 😅

Well … You know … It’s like oblong shaped and has water in it? I don’t know what to say 🤣