Thank you so much to Berkley Publishing Group (Ace) for having me on the book tour for The Witch and the Tsar!  I feel terrible for missing publication date but was hoping to recover my now defunct Bookstagram account prior to doing the feature, but anyway, here we are!

Let’s just dig right in and take a look at the book, which I fully recommend for fans of historical fantasy, Russian Mythology, and books that feature women of lore.

In this stunning debut novel, the maligned and immortal witch of legend known as Baba Yaga will risk all to save her country and her people from Tsar Ivan the Terrible—and the dangerous gods who seek to drive the twisted hearts of men.

As a half-goddess possessing magic, Yaga is used to living on her own, her prior entanglements with mortals having led to heartbreak. She mostly keeps to her hut in the woods, where those in need of healing seek her out, even as they spread rumors about her supposed cruelty and wicked spells. But when her old friend Anastasia—now the wife of the tsar, and suffering from a mysterious illness—arrives in her forest desperate for her protection, Yaga realizes the fate of all of Russia is tied to Anastasia’s. Yaga must step out of the shadows to protect the land she loves.

As she travels to Moscow, Yaga witnesses a sixteenth century Russia on the brink of chaos. Tsar Ivan—soon to become Ivan the Terrible—grows more volatile and tyrannical by the day, and Yaga believes the tsaritsa is being poisoned by an unknown enemy. But what Yaga cannot know is that Ivan is being manipulated by powers far older and more fearsome than anyone can imagine.

This book reminded me a lot of Circe, in that the author went out to humanize and reclaim a mythological witch’s narrative and somewhat succeeded.  It also falls right into that genre of cold, dark, and bloody Russian mythological stories like the Winternight Trilogy in which we desperately need more books.

The story itself is so rich and complex. Yaga must come out of her exile to save Russia from Ivan the Terrible, while finally learning what it means to be both a mortal and part deity.  I loved the story itself even though it was often a slow burn with some dubious pacing.

Bringing mythology into history is always challenging. Gilmore wrote a stunning appendix featuring both the deities and real life historical figures that she brought into the story.  As someone who gets hung up on accuracy vs. interpretation a lot, it was cool to have the author point out where she took the biggest liberties and learn what she found important in the real life historical sense.

The world build & setting is quite well done too.  I have come to expect lots of architecture, idolatry, clothing, food, customs and lore, and lots of cold weather from these stories and Gilmore does not disappoint. I loved it all from the rich imagery of the palaces to the bloody descriptions of the military police riding out and the towns they devastated.  There’s a constantly solid blend of tragedy and hope that I liked quite a bit.

Like any story of Russian evolution, one big conflict was the old spirits & mythology vs the new Christian god. I think this was nailed as Yaga tried briefly to assimilate to court before everything went to hell, where she got a first hand view of everyone’s shiny new Christianity.  Weaved throughout are the descriptions of sprites and spirits, lesser and more powerful gods, charms and other magic.  With characters like Little Hen and Volos, the magic really had a life of it’s own too.  Yaga’s spells and abilities were interesting enough, made more so when she filled the gaps in her learning with a mortal witch and then was able to travel through dimensions of the spiritual realms.  The gods and goddesses obviously had influence and magic too so there was always something mischievous going on.

Lastly let’s meet the characters! Yaga wasn’t the fearsome witch I expected at all. I found her lack of knowledge a bit disorienting at first considering the length of her existence and legendary witchery.  She really had pretty limited skills at first and constantly didn’t know what to do in various situations, but then we see that Yaga had some of the lessons but none of the context from her mother’s teaching. It took a while to build up her experience and characterization.  She gained a much greater awareness throughout the book before fully embracing herself. There were lots of good character arcs too like the Tsar’s descent into tyranny, Vasily as the Russian soldier archetype, Marina, and of course the mediating of all the feelings associated with changing times.

Overall this was a pretty solid debut.  The book got a tad repetitive at times and slowed it’s pace way down to focus a lot on Yaga’s journey. None of it was bad but I ended up docking some points for how it really did feel like a much longer book. That said, I loved the history and magic, the setting and imagery, and in general I am a big fan of Gilmore’s writing! I’ll be looking for whatever she writes next for sure!

⚔️Thank you to the publisher for my early reading copy via NetGalley! All opinions are my own ⚔️

Olesya Salnikova Gilmore was born in Moscow, Russia, raised in the U.S., and graduated from Pepperdine University with a BA in English/political science, and from Northwestern School of Law with a JD. She practiced litigation at a large law firm for several years before pursuing her dream of becoming an author. She is most happy writing historical fiction and fantasy inspired by Eastern European folklore. She lives in a wooded, lakeside suburb of Chicago with her husband and daughter. The Witch and the Tsar is her debut novel. Learn more online at www.olesyagilmore.com. 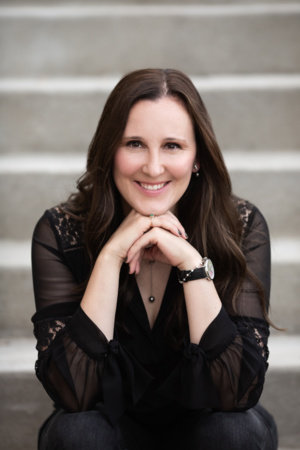